News and Notes and Photos Worth Saving

Our club believes that R.I. has influence around the world and we urge R.I. to take a courageous stance supporting Ukraine in its defense from Russia's invasion, and use its voice to encourage countries that have not supported Ukraine to step up and do so.

Link to our letter as PDF

An article in the Rotarian magazine, December 2021, titled "The End of the World as We Know It?" disturbed us because it seemed to say that climate change isn't worth worrying about. RCWP member Paul Schwartz volunteered to draft a 'Letter to the Editor' expressing our disagreement with the article's message. Of course we didn't think it would be printed.

After a brief email back-and-forth between Paul and the Editor, we were informed that out letter would in fact be printed in the March 2022 issue of the magazine, along with 2 other letters from readers responding to the same article.

Here is the letter we sent to the magazine:

We were shocked and dismayed to read the article by Frank Bures ["The End of the World as We Know It?"] in the December issue. Bures equates the warnings about global warming to ancient mythology. This isn’t just nonsense; it’s worse than that. Rotary has clubs in parts of the world that are already feeling serious effects of climate change. For that matter, here in the United States the changing weather patterns are unmistakable.

Of all organizations on the planet, Rotary should be at the forefront, a leader in urging the adoption of policies to stem the creeping danger. It is shameful to see you instead giving space to someone whose message might well be summed up as: "Don’t worry, be happy."


— The Board of the Rotary Club of White Plains, New York

1. the original article from the ROTARIAN magazine ("The End of the World as We Know It?" by Frank Bures);
2. the three letters to the editor responding to the article;
3. and the email thread between Paul Schwarz and the magazine editor.

With completion of the successful Global Grant # 1874107 from Rotary International, the Rotary Club of Bahía de Caráquez has now completed seven of these water projects bringing safe water to the homes of about 1800 families so far... a successful effort that would never have been possible if not for the goodwill and participation of Rotarians and their clubs.

RCWP continues to support the efforts of Rotarians in Bahia. Documentation of this project's conclusion and the letter from R.I. can be found here https://rotarywp.org/archives/projects/Bahiagrant2021.asp

Our club has worked with the Bahia club over the past 2 decades, arranging to help Bahia directly by, for example, donating an ambulance, providing fire-fighting gear, and helping build a school. A summary of prior projects can be found at https://rotarywp.org/ourclub/ecuador/Bahiasum.asp

White Plains Rotary Marches in the Memorial Day Parade May 26, 2019

Every June, we award scholarships to graduating seniors at WPHS and Stepinac High School

See the winners from recent years.

An evening of fine wine and food sampling -- a fundraiser evening not to be missed!
A crowd of 150+ assembled at the C.V. Rich Mansion in White Plains (Women's Club)
for delicacies from 10 restaurants and 7 purveyors of wines, beers, and spirits. 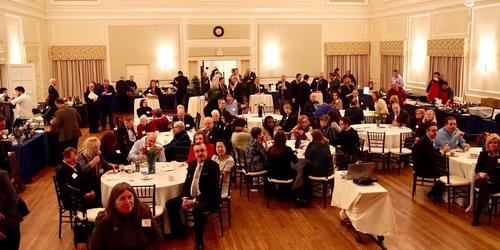 Every December, we are proud and delighted to host the WPHS Honors String Ensemble.
On December 18, 2018, we enjoyed a performance from the HONORS strings.

For more pictures and videos of the performance (including Mariachi!), visit the PhotoAlbum by clicking here.

A baby with a heart defect has a new lease on life, thanks to the White Plains Rotary Club. 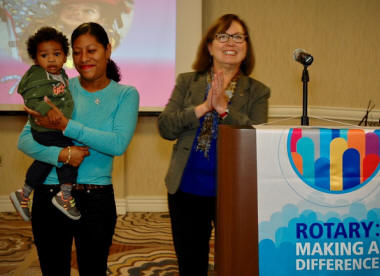 On March 7, 2017, the club meeting marked the 30-year anniversary of women joining Rotary,
a movement initiated by members of the White Plains Rotary Club.

Click this picture below for the "rest of the story" 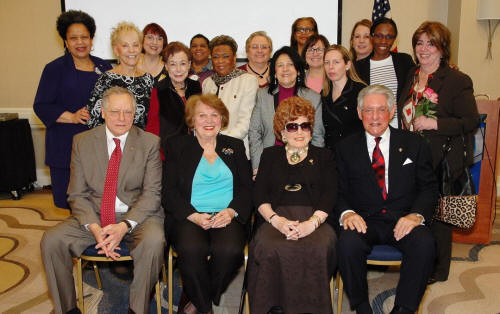 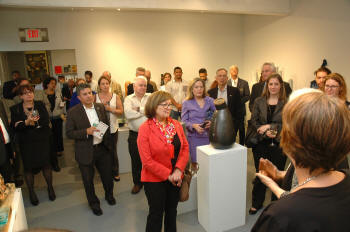 Honoring our club's past presidents were many PDGs and RI dignitaries 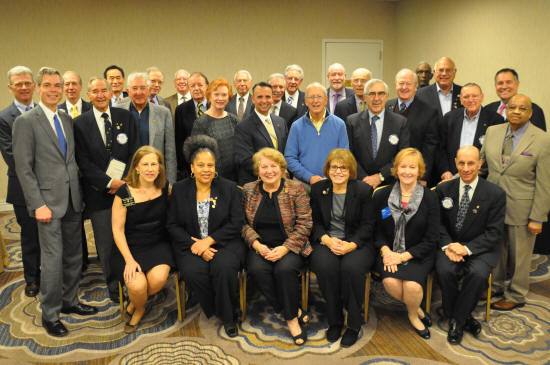 Hover here to see who they are...

Founded in 1995, the O'Rourke Irish Dancers include Regional and National Champions as well as World medal holders! This was their final performance before heading to Scotland for the world championships.

Click the picture below to see photos and videos of their spectacular performance! 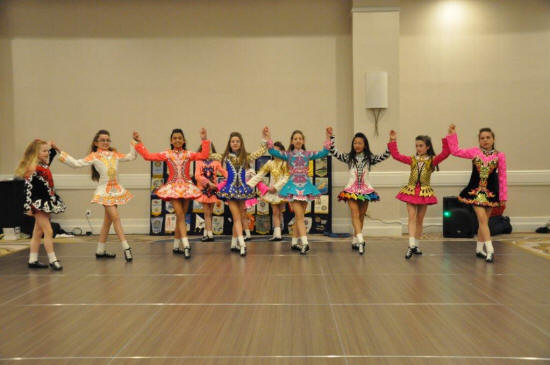 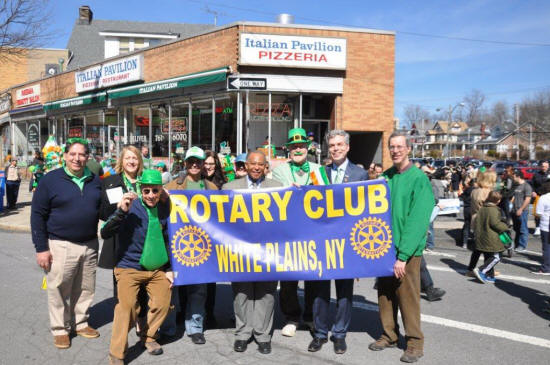 Saturday Service Project: One Sandwich At A Time

Warm and caring hearts prevailed on Saturday, January 31, 2015
25 RCWP members braved biting, bitter winds and temperature below 10°
for a day of service: we made, served and delivered food to the homeless. 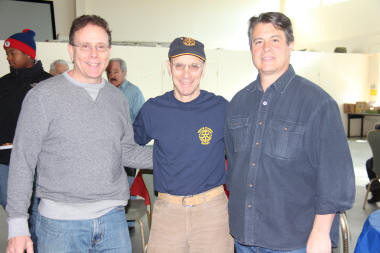 On June 12, 2012, we awarded 26 scholarships to exceptional seniors in the 3 high schools in White Plains. 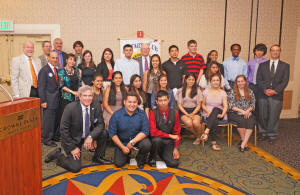 Click here to see names of Scholarship Winners since 2010...

... from the Association of Development Officers (ADO) for 93 years of service to White Plains. 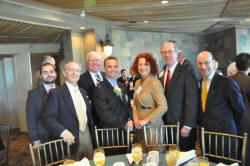 "The Community Partner Award is presented to a corporation, organization, or private community foundation that has demonstrated outstanding leadership, financial support, in-kind contributions, and/or volunteerism for the good of our communities." (ADOonline.org]

Our first 2012 fundraising event raised $10,000 for homeless veterans. We proudly donated to Base Camp, Inc. 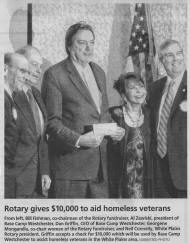 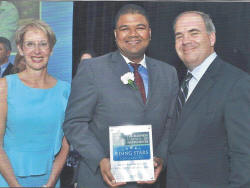 Rotarian Kurt Kannemeyer was named to the 2012 Class of Rising Stars for the Business Council of Westchester. This is an elite group of "40 under 40" young movers and shakers. Way to go, Kurt! 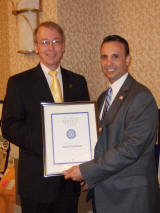 Our club received the Presidential Citation from Rotary International!